RV or RV Not… There is no Try

I love “Cheffing-It-Up” there is no question about that. In my rig, you know my motto, “There’s no reason to eat poorly on the road in your RV”

Paella… Steak… Pizza, no matter what it is I’ll do it out there when I’m RVing.

So when I started to see a whole bunch of adds for Burger King’s new”Impossible Whopper,” I wasn’t quite sure what to believe.

I mean really, a burger that tastes like beef made without beef? I had to check this out. Now I have Burger experience, making a “Stuffed Messy” burger in the RV and I’ve had my share of burgers in my lifetime.

So the best way I figured I could compare was to get two “Whoppers.” One, an impossible Whopper & one traditional “Whopper.”

I did and I have to tell you, other than the wrapping, looking at the two burgers, you couldn’t tell the difference. Both looked like a good old fashioned “Whopper” fully decked out.

Now the key, clearly is the taste. My daughter, who eats a lot of “ Plant-Based” food, told me I should take a bite out of the “Impossible Burger” first so that I wouldn’t be “influenced” by a beef aftertaste, so that’s what I did.

I took one then two bites, to swallow & taste everything before cleansing my pallet with Diet Coke.

Cleared, I then took two bites of the “Traditional Whopper,” followed up by a swig of Diet Coke and boom… taste test done! The two burgers are identical!

I couldn’t believe it! The texture, the flavor, the aftertaste, close your eyes and there is NO way of telling the difference.

My hat is off to Burger King, the “Impossible Whopper” is a success and I would challenge anyone to try the two side by side & see if you can tell the difference.

Kudos to BK, job well done! If YOU take up the challenge I would love to hear your thoughts on the two burgers. Let me know what you think! 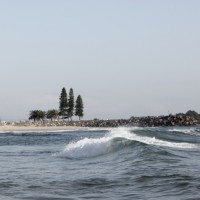 Our RV Journey And Nomadic Lifestyle

Jenni and the Crew

my ramblings and our adventures

Smile! You’re at the best WordPress.com site ever

Rebelling against a culture that values assimilation over individuality.

Jilly, On the Road

enjoyingmylife2016
Three Boys, Two Dogs and Me in an RV

Stories from our adventures

Experiences and thoughts while traveling the U.S.A. in a 40-ft. trailer

When you love what you have, you have everything you need.

I want to be rich. Rich in love, rich in health, rich in laughter, rich in adventure and rich in knowledge. You?